Brighton and Hove City Council is to scrap a £1.3 million three-year contract to provide youth services to some of the most vulnerable young people in the area.

The funding – about £450,000 a year – is currently paid to eleven voluntary organisations, including eight that work together as the Brighton and Hove Youth Collective.

The core funding has been used to attract a similar sum of money from other sources, such as the National Lottery. This funding – and future cash – will be thrown into doubt and may leave some local charities at risk of closing.

Much of their focus has been on preventative work, for example, helping to keep young people out of trouble.

One insider said: “The Youth Collective works with more than 2,500 young people in some of the most deprived parts of the city with an incredible track record of turning lives around.

“We’ve had no communication from the council about any cuts. Our understanding is that the council plans to invest £450,000 a year in these vital services.”

Without support, some fear that a growing number of young people may end up needing much more expensive targeted services provided, for example, by the likes of the council’s youth offending team.

Others, who receive counselling and support from specialist voluntary groups, may instead come to need help from social services or the NHS such as their family doctor, mental health services or hospitals.

Another insider described the planned cut as a false economy, expressing concern about a potential rise in drug use, crime and anti-social behaviour, saying: “They’re cutting preventative services. They’ll be left with the more expensive, more specialised services.

“They could end up needing targeted services such as the youth offending service which costs much more. The difficulty with preventative services is that it’s hard to prove that they actually prevented something – that something didn’t happen as a result.”

The £1.3 million cut is being made against a backdrop of a £45 million budget gap over the coming few years – until 2020.

The council is trying to ensure that it can fulfil its statutory duties and protect nurseries and children’s centres. Spending cuts are being targeted at non-statutory services – those that the council doesn’t have to provide by law.

The new three-year contract for youth services was due to start in April for
• open-access youth work across four areas of the city
• equalities youth work for three protected groups (LGBT, BME and disabilities)
• youth substance misuse and sexual health services

Charities and voluntary groups began work on their bids at the start of November with a deadline of next Friday (2 December). And the council has only just extended the bid deadline until the following Wednesday (7 December).

The voluntary groups and charities bidding for the work are expected be told formally on Monday (28 November) to stop work on their tender documents.

One of those involved in the process said: “We’re four weeks into a procurement process that went live at the start of November and a lot of people have been working very hard to be in the bidding process.

“At this moment in time we have had no official word and we are still working on that procurement process.

“We won’t really know what the full picture is until Monday but it’s looking pretty grim.”

Councillor Tom Bewick, who chairs the council’s Children, Young People and Skills Committee, said: “With all council budgets cut back to the bone, we’re having to look at some very difficult and unpalatable options.

“Unfortunately the non-statutory youth service is not immune. 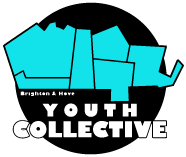 “I want to stress that we are not getting out of supporting young people. We really value the excellent work that the community and voluntary sector does on behalf of our city.

“I hope we can find a way through these challenges before full council makes the final decision next February.”

Another person involved in the procurement process, Ben Glazebrook, co-ordinator of the Brighton and Hove Youth Collective, said: “We’ve had no notice of these cuts but if they are being proposed then this has been a colossal waste of everybody’s time.”

The Youth Collective is made up of Impact Initiatives, Sussex Central YMCA, the Trust for Developing Communities, the Hangleton and Knoll Project, the Tarner Community Project, the Deans Youth Project, the Crew Club and Brighton Youth Centre.

Some of the youth work is carried out by three other organisations – Allsorts, the BME Young People’s Project and Extratime.

Two years ago similar proposals were put forward but defeated after councillors worked across party lines to “spend to save”. Since then, though, the council budget has come under further pressure.

• The council’s youth and communities service manager Chris Parfitt left his job today (Friday 25 November) with colleagues saying that he was unaware that the bidding process is due to be halted on Monday.