A man found guilty of a series of sexual assaults in Brighton over a number of months has been sent to prison. 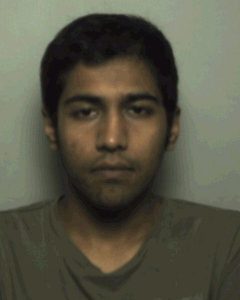 The jury could not reach verdicts on three further sexual assault charges on 18 November 2013 and 3 and 4 January 2013 and therefore these are to lay on file.

The court heard that this was a series of sexual assaults and attempted assaults on lone women which occurred in Brighton between May 2012 and September 2013.

Krishnan would approach woman walking at night or in the early hours and indecently touch them over their clothing. He was arrested on 3 February last year.

Detective Constable Dawn Robertson, of Sussex Police, said: “After a complex investigation I am pleased that Jude Krishnan has been found guilty of seven offences.

“This was a series of sexual assaults offences committed over a nine-month period which showed that he presented as a real danger to lone women.

“We hope that this gives confidence to other women to come forward and support the criminal justice system in the prosecution of sexual offences.”