A minute’s silence was held at the Grand Hotel on the 30th anniversary of the Brighton bombing.

And the hotel flag was flown at half mast in memory of the five people who died. Thirty four people were injured in the attack.

The blast happened during the Conservative Party conference in 1984 and was aimed at Margaret Thatcher, who was Prime Minister at the time, and her government. 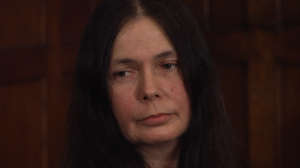 The silence today (Sunday 12 October) was marked around a plaque in the lobby. It was unveiled five years ago by Norman Tebbit, one of Mrs Thatcher’s cabinet ministers, who was hurt in the bombing. His wife Margaret was paralysed.

Later today Jo Berry, the daughter of one of those who died, the Conservative MP Sir Anthony Berry, will share a platform with the man who planted the bomb Patrick Magee.

Unlike Lord Tebbit, Jo Berry has learnt to forgive her father’s killer.

Jo Berry and Patrick Magee will attend a screening of the film Beyond Right and Wrong at the Old Market in Hove.

The film tells stories of reconciliation and forgiveness, and includes their story.

After the screening the pair will take part in a discussion chaired by the Brighton-based broadcaster Simon Fanshawe, with opportunities for the audience to ask questions.

Patrick Magee spent 14 years in prison for the bombing. He was released in 1999 under the terms of the Good Friday Agreement.

He and Jo Berry have spoken many times since first meeting 14 years ago. Jo Berry said: “I have been focusing on bringing something positive out of the absolute trauma of losing my father in the bomb.

“I would like the anniversary to be an inspirational day showing how we can use empathy and dialogue to transform conflict and create a different future.” 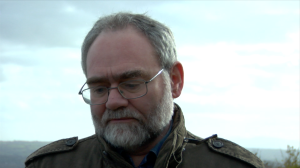