The team behind the Treason Show, the long-running topical sketch and satire show, has found a permanent home in Brighton.

The comedy troupe will be based at the new Rialto Theatre, in Dyke Road, Brighton, less than 200 yards from the Clock Tower.

The star and director of the Treason Show, Mark Brailsford, said that they would share the venue with the Brighton theatre company Pretty Villain.

The man who founded Pretty Villain, Roger Kay, who also started the Just Lets property business, is the main investor in the project to convert the disused night club.

Mr Brailsford said: “After trying to open my own theatre for five years and after seven other buildings fell through – and such amazing support from our loyal fans in the city – we are absolutely thrilled to have found a home at the Rialto Theatre.” 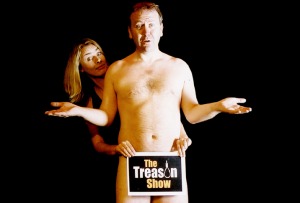 The show, which started 14 years ago, had a long run at Komedia, in Gardner Street, Brighton. Over the past five years it has also been staged at the Theatre Royal, the Latest Music Bar and the Dome Studio Theatre, formerly the Pavilion Theatre, all in Brighton, and at the Brunswick in Hove, among other venues.

Earlier this year the Treason Show props store was destroyed by fire.

Mr Brailsford is optimistic about the future and hopes to provide a taster of what the venue could be like by staging the Treason Show there towards the end of next month.

Mr Kay also hopes to stage a production at the Rialto in December.

Then the plan is to refurbish the building, which was occupied by squatters last month, with the reopening taking place in time for the Brighton Festival next May.

As well as the two resident companies, the Rialto is expected to host productions by other companies and provide rehearsal space.

Mr Brailsford said that he looked forward to performing regularly at the Rialto but pointed out that the Treason Show Christmas Special – That Was The Year That Was – would be staged at the Dome Studio Theatre from Saturday 27 December to Wednesday 31 December.

After five years on the road and 14 years on the stage, and having employed more than 50 writers, 185 actors and 23 technicians, and got through three wars, three American presidents, three prime ministers and 653 naked gags, it was good to have a home at last, Mr Brailsford said, adding: “The show will go on!”