A 20-year-old man from Brighton has been jailed for life for the attempted murder of two nurses.

Connah Smith, of Vernon Terrace, Brighton, inflicted a seven-hour ordeal on the two young women which was described as “like something out of a horror movie”.

He denied the charges but was convicted by a jury at Lewes Crown Court.

Today (Tuesday 11 November) he was sent to prison by the recorder of Brighton and Hove, Judge Shani Barnes.

His life sentence is for 30 years, with a requirement that he serve a minimum of 15 years. It was imposed as a sentence covering all the offences. 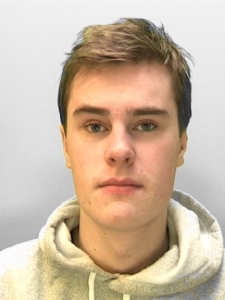 He had a hammer, knives, imitation firearm, a jerry can full of petrol, matches and gaffer tape in a rucksack when he went to their home.

He asked the two young women how they wanted to die before he stabbed them the head, neck and body a number of times.

He kept telling them that they were going to be killed and he held them down under water in the bath.

He later forced them to lie on a bed, where he doused them in petrol and threw lit matches at them.

The girls only managed to get away when one claimed to have suffered a miscarriage.

Detective Inspector Mick Jones said: “I would like to thank the two victims for the courage they have shown during this trial.

“Their evidence has led to the conviction of Smith.

“He subjected them to an horrendous ordeal over a seven-hour period which was like something out of a horror movie.

“Smith is an extremely dangerous individual, the level of the danger he poses having been reflected in the sentence he has received today.”