Have you seen missing Hove pensioner?

A 70-year-old man from Hove has been reported missing. 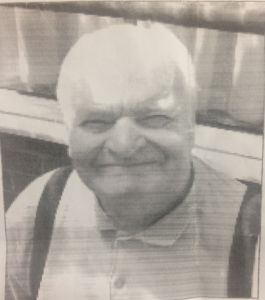 Thomas Swan left his home early on Friday (16 January) but hasn’t been seen since.

Sussex Police said that officers were becoming increasingly worried for Thomas as they have been unable to confirm where he is or where he has been.

Inspector Rachel Glenton said: “Thomas has a set routine that involves him going to the shops, for a walk and then back and he has not been known to fail to return home within a few hours of going out.

“He is profoundly deaf and has health problems and we are keen to find him as soon as possible to make sure that he is safe and well.

“If you see Thomas or you know where he is, please contact us urgently.”

Thomas was described as 5ft 8in tall and of large build with short cropped greying hair.

He was wearing jogging bottoms, a t-shirt, and a blue hooded jumper with orange writing on it when he left home and was carrying a bum bag over his shoulder.

The force said that anyone who sees Thomas and believes that he could be in danger should dial 999.