City centre offices could be turned into flats

Two Brighton and Hove office blocks could be converted into homes despite a policy to prevent the loss of office space in key city locations. 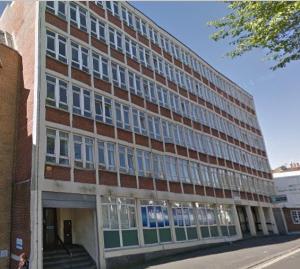 Two applications have just been been submitted to Brighton and Hove City Council seeking permission to convert offices to flats.

The first aims to create 45 flats at Crown House in Upper North Street, Brighton on the the top five floors of the seven-storey building, previously occupied by the Brighton Jobcentre Plus.

The second is to create nine flats, including a penthouse, at Sussex House in Western Road, Hove, above a Co-Op convenience store.

Both fall within an area given special planning protection by the council specifically to make it harder for offices to be changed into homes.