Did you see two men brawling in the street in Hove?

Police are appealing for witnesses after two men were seen fighting in the street in Hove. 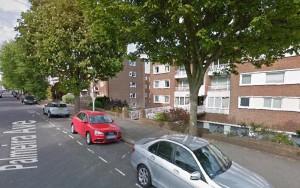 At about 9.30pm on Tuesday 13 January the men began fighting outside Glynde House in Palmeira Avenue.

A 31-year-old man suffered cuts to his face, head and hand.

Two men aged 31 and 34 were arrested and questioned on suspicion of affray. Both were released on bail until 26 February.

PC Aaron Halsey said: “The fight appears to have begun on the ramp outside Glynde House and then spread to the road itself.

“We need to speak to anyone who was in the area at the time and saw or heard any part of what happened.”

Anyone with information should email 101@sussex.pnn.police.uk quoting serial 1488 of 13/01, call 101 or contact the independent charity Crimestoppers anonymously on 0800 555111.