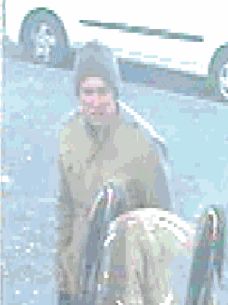 Do you recognise the person in this image?

Police want to speak to him about a robbery in Hove in which a man was attacked by a gang of about a dozen teenagers while he was on his way home.

The 42-year-old man was outside Uncle Sam’s in Queens Parade when he was punched and kicked to the ground.

The attackers, who were all white and in their late teens, stole his wallet and mobile phone.

The victim was left with nasty facial injuries and bruising to his upper body after the attack just before 4am on Saturday 22 November.

Detective Constable Kerri Bartup said: “Although we have been investigating this for a couple of months now we have not yet been able to identify the youths who were involved.

“This was a nasty attack that left the victim badly shaken and we are determined to find those responsible.

“We would like to speak to anyone who saw the attack. We would particularly like to trace the male in the CCTV who we believe was in the area at the time and may have seen what happened.”

Anyone with information should email 101@sussex.pnn.police.uk quoting serial 233 of 22/11, call 101 or contact the independent charity Crimestoppers anonymously on 0800 555111.