Have you seen missing teen in Brighton?

A missing teenager from Hastings could be in Brighton. 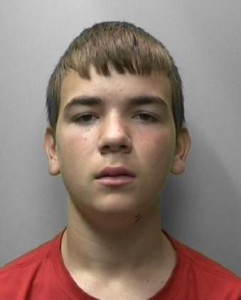 Connor Mackay, 14, left his address in Hastings on Friday, January 16 and was last seen around 11.30am. Officers have a possible sighting of him in Brighton on January 25 but he has not been seen since.

Sergeant Lindsy Evans said: “It is now two and a half weeks since Connor went from his home in Hastings and we are becoming more concerned because of his age. He has friends and family in Brighton, as well as Hastings, so we would appeal to anyone in either town to let us know if they have any information as to his whereabouts.

“He is described as white, 5′ 7″, of slim athletic build, with light brown hair and brown eyes. He was wearing blue track suit bottoms with an orange and blue jacket.”

Anyone with information is urged to call police on 101@sussex.pnn.police.uk quoting serial 697 of 16/01.