Brighton burglar on the run

Have you seen Aaron Barrett? 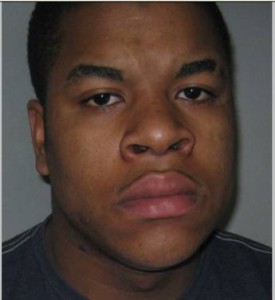 The 24-year-old, from Brighton, is wanted for recall to prison after breaching the conditions of his licence.

He was released from prison partway through a sentence for burglary and theft but is now wanted because he has failed to live at the address that was agreed as part of his release.

Barrett is black, 6ft and stocky with shaved or cropped hair.

PC Heather McDonald said: “Barrett is well known in Brighton and we also believe he has been spending time in Hastings recently.

“We need to speak to anyone who has seen him or who could know where he is so he can be arrested.

“There is no evidence to suggest he is a threat to the public but I would urge anyone who sees him to call us on 999 immediately and not to challenge him as he has been violent in the past.”

Anyone with information should email 101@sussex.pnn.police.uk quoting serial 1401 of 24/01, call 101 or contact the independent charity Crimestoppers anonymously on 0800 555111.