Have you seen missing 15-year-old girl in Brighton?

A missing 15-year-old girl may be in Brighton, according to Sussex Police.

The force said that Elouise Herridge-Dawson, 15, has not been seen since she left home at lunchtime on Saturday (21 February). 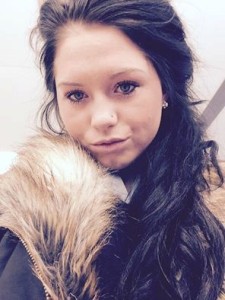 She sent her mother a text message on Sunday (22 February) but has not returned home in Newhaven.

Sussex Police said: “She has connections in the Seaford, Brighton and Haywards Heath areas.”

Missing person co-ordinator Shannon Marchesani said: “Elouise, known as Ellie, is described as white, around 5ft 1in, slim with shoulder-length hair which is black at the moment.”

Separately a missing man from Worthing, Mathew Rogers, has been found safe and well in Brighton.

Mr Rogers , 35, from Twyford Road, Worthing, had not been in touch with anyone since last Friday (20 February) and was reported missing on Sunday (22 February).