A Hove man has been sentenced over possession of indecent images of children. 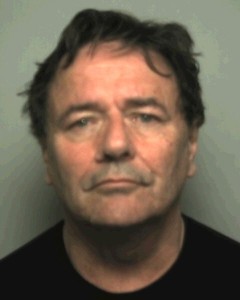 Michael Astill, 67, of McNair Court, Portland Road, Hove, appeared at Lewes Crown Court yesterday and was sentenced to ten months imprisonment, having pleaded guilty at a previous hearing to 14 counts, 13 of making of indecent images of children and one of possession of prohibited images.

In addition a Sexual Offences Prevention Order (SOPO) was served on him that severely restricts his access to children and his use of the internet, and applies until the Court directs otherwise. He will be a registered sex offender for life, and a Court Forfeiture and Destruction Order was issued for all the computer items that held the illegal material.

The sentencing followed an intelligence-led investigation by the Paedophile On-Line Team (POLIT) of Surrey and Sussex Police.

Detective Constable Jackie Keogh of POLIT said; “Astill came to our attention as a result of intelligence.

“When we interviewed him, he made full admissions that he had been accessing indecent images of children, boys and girls, for a long period, over 10 years.

“Computer and related items were examined and in total there were 430,105 indecent images and videos of children covering all categories up to and including the most serious. Astill was also found to have 81 Prohibited images.

“He had been methodical in his approach to saving the images that he collected, labelling all the hard drives with exactly what was on them.

“There was no evidence that any of the images were of local children and there was no evidence of any ‘contact’ offending, but it needs to be understood that every such image is by definition an image of criminal offence, perpetuating the recycling of images of child sex abuse.”