A 16th birthday ended in chaos after a group of partygoers attacked police as they attempted to close it down. 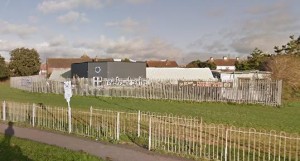 Trouble kicked off at the party at the Fishersgate Community Centre at about 11pm, when a man attacked a police officer.

The attacker was arrested and held on the floor, at which point several people started attacking the officers.

Speaking on Twitter this morning, Special Constable Chris Dowling said: “We went to assist PCSOs at a party getting out of hand in Fishersgate.

“On arrival the crowd was anti and organisers wanted it shut down. A male assaulted a PCSO who was promptly arrested and taken to the floor.

“We were then bundled. I hit my emergency button along with few others and we had multiple units assist including the dog unit, traffic and divisional response team officers from Worthing and Brighton. Multiple arrests were made.

“It was great to see such teamwork tonight. Thankfully no serious injuries to any officers.”

Chairman of the Fishersgate Community Association Peter Averillo told the Shoreham Herald the centre will ensure at least five adults over the age of 30 attended future parties.

He also praised the police for their “utmost restraint”.

The Herald also reports the party may have been gatecrashed after being advertised on Facebook.