A woman whose body was found in a burning car near Crawley last week has been identified as Janet Muller, who went missing from a hospital in Hove.

Sussex Police launched an appeal for information about the 21-year-old student’s whereabouts on Saturday, after she left Mill View Hospital in Nevill Avenue, Hove, on Thursday evening.

Officers had discovered her body in the car in Rusper Road, Ifield at 2.30pm on Friday, but did not then know it was her.

This afternoon, Christopher Jeffrey-Shaw, 26, of Lakeside, Beckenham, London, has been charged with her murder.

He has been remanded in custody to appear at Guildford Magistrates’ Court on Thursday (19 March).

Miss Muller was a University of Brighton student studying at the Eastbourne campus. The cause of death has been given as smoke inhalation.

“Although we have charged a man with murder, I am appealing for information from anyone who may have seen Janet on Thursday night (12 March). She was last seen at Mill View at 10.15pm.

“If anyone saw her leaving the hospital or walking in the area, we need to hear from you.” 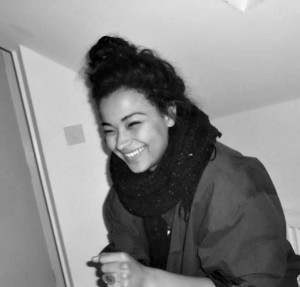 Miss Müller was of mixed race, slim and 5ft 7in with shoulder length dark brown afro hair and brown eyes. She was wearing dark clothing.

Anyone with information is urged to contact Sussex Police on 101 or email 101@sussex.pnn.police.uk quoting Operation Madeira or call the independent charity Crimestoppers anonymously on 0800 555111.