Brighton detectives have led a series of drugs raids resulting in 16 arrests and the seizure of £50,000 cash, together with six kilos of heroin mixed with cutting agent, with an estimated potential street value of £600.000. 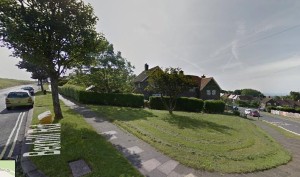 Yesterday afternoon, officers from the Brighton-based Organised Crime Team co-ordinated the raids, with search warrants issued under the Police and Criminal Evidence Act, at nine addresses in Brighton, one in Eastbourne and one in Liverpool.

During the searches, which involved more than 100 police officers and staff, three safes were also found.

Two of the men, aged 29 and 62, and two of the woman, aged 62 and 28, arrested on suspicion of conspiracy in Brighton, have been interviewed and released on police bail until 13 May.

India Williams, 23, of Langridge Drive, Portslade, has been charged with obstructing police and is due to appear on bail at Brighton Magistrates Court on 9 April.

Nobody was arrested at the Liverpool address but a man and a woman linked to that address were arrested later the same day in Preston and Morecambe by Lancashire Constabulary officers, also on suspicion of conspiracy to supply heroin. They are being brought from Lancashire to Brighton later today to be interviewed

“This investigation is part of our continuing work aimed at disrupting the supply of drugs, especially the most dangerous drugs such as heroin, on the streets of Sussex.”

Addresses were searched (and arrests made in Brighton and Eastbourne) at the following locations;