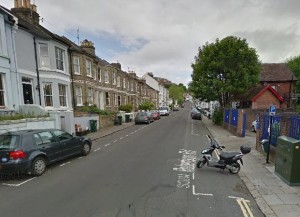 Police have renewed an appeal for witnesses to a neighbours’ dispute in Robertson Road, Brighton, during which a man was stabbed in the leg.

The incident happened on the evening of Sunday, 15 February, when a noisy doorstep argument escalated into violence.

A 30-year-old man and a 42-year-old woman were arrested on suspicion of causing grievous bodily harm to a 57-year-old man.

They have since been bailed until 20 April while enquiries continue.

Police believe some witnesses may not yet have come forward and are urging them to do so.

Anyone who saw what happened or who may have other information is asked to email 101@sussex.pnn.police.uk or phone 101, quoting serial 1242 of 15/2.

Alternatively, they can contact the independent charity Crimestoppers without having to leave a name on 0800 555 111.