The second branch of Brighton and Hove nursery chain Little Oaks has closed after being rated inadequate by Ofsted. 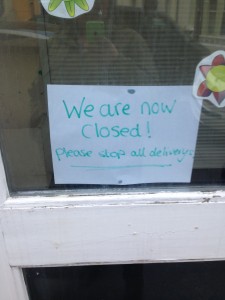 The Islingword Road site was given the disastrous report after an inspection in November last year – and a further spot check in January found it was still not up to scratch.

On Friday, the nursery was told it would no longer get early years funding from Brighton and Hove City Council because it had lost its Ofsted accreditation.

And on Tuesday, parents were given just half a day’s notice it was closing its doors for the last time.

One parent, Margrethe Wallenius Houghton, said: “We were gutted to receive the news on Tuesday.

“We were told about a month ago that early years funding would cease, and that is when most parents (understandably, given the financial impact) started moving their kids out.

“A lot of parents were happy to stay on whilst they sorted out what was mainly managerial issues – the staff has remained fantastic to the end, and I am gutted for all the girls who came into work on Tuesday to find out they didn’t have a job anymore.

“Thankfully the vast majority have got something else lined up.”

Another, Vikkie, said: “My understanding is that they received the poor Ofsted report on the 18 December and had until 5 January to address all points to their satisfaction.

“Given that the nursery shut on 21 December for the Christmas break and was closed until 5 January, it didn’t give them much time to sort all the listed problems.

“It is very sad. The poor girls who worked there were devastated when it closed on Tuesday. Even the ones who had sorted somewhere to move on to.”

This follows the Hove branch in Goldstone Villas closing just before Christmas last year, also following an inadequate rating by Ofsted and the cancellation of its registration on December 18.

Following its December inspection, the Islingword Road nursery was told it had to maintain a daily register of children, ensure staff are trained in safeguarding children from abuse or neglect and ensure the premises were safe. 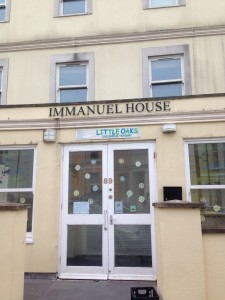 In January, inspector Mara Conroy said while it had effectively refurbished play areas, maintained attendance records and booked staff onto training, it had not done all it needed to stop being closely monitored.

A third branch in Stanford Avenue, Brighton, was also re-inspected and inspectors found it had done enough to bring the nursery up to standard so its next inspection will be a standard full one.