1) Despite there being no colour clash Norwich wore a rather dull black and burgundy kit. One can’t help thinking that judging by the colour of Canaries keeper John Ruddy’s shorts this was a late decision. However, referee Andy Davies and his assistants, wearing pale green, could have been the reason

2) Norwich keeper Ruddy wore blue shorts which may have confused Albion’s Chris O’Grady who appeared to pass to him in the first half when well placed to shoot.

3) The official attendance of 28,890 was the biggest at the Amex for a League match this season, beating the Fulham tally by 88 fans.

4) Brighton-born Russell Martin had a quiet but steady game for the Canaries. The defender would have felt very much at home at Falmer having played for Lewes 10 years ago. Martin wasn’t the only Albion connection for Norwich. Goal scorer Bradley Johnson notched up two on his Albion debut at Withdean in 2008. Chris Hughton managed the Norfolk side, with his Albion assistant Colin Calderwood beside him in the dugout at Carrow Road too.

5) Rohan Ince was voted Albion’s man of the match by sponsor Skerritts. However, Beram Kayal also made a post match appearance in the BUPA lounge prior to Ince’s somewhat late appearance. 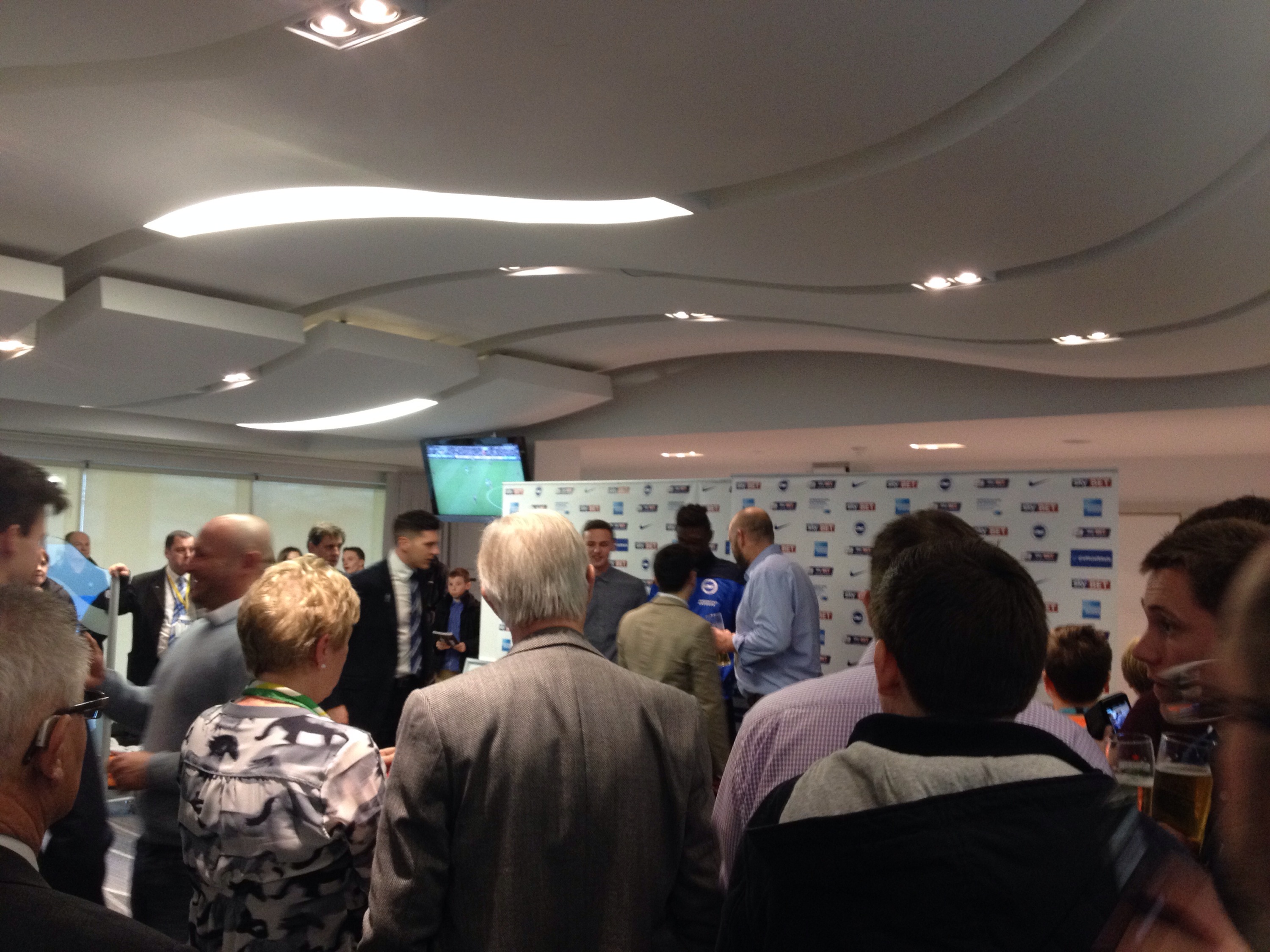 Rohan Ince receives his man of the match award