Police have today released this CCTV image of a man they would like to speak to following an assault on a 42-year-old man in Bar 32, Duke Street, Brighton, on Friday 13 March. 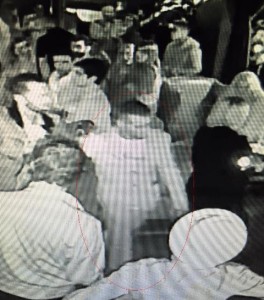 The victim was stood at the bar with his girlfriend at 11.40pm talking to two men about football. One of the men then smashed a glass into his face.

The man is described as a white, aged 35 to 38, 5ft 5in to 5ft 6in and of stocky build with short fair hair. He was wearing a light-coloured top and trousers.

PC James Breeds said: “This is a nasty unprovoked incident which has left the victim with a scar near his jaw. We would like to speak to anyone who witnessed the incident who may be able to help us identify the suspect.”

Any witness or anyone with information about the incident is asked to email 101@sussex.pnn.police.uk or call 101 quoting serial 1676 of 13/03. Alternatively, call the independent charity Crimestoppers anonymously on 0800 555 111.