Have you seen Christopher Chitolie? 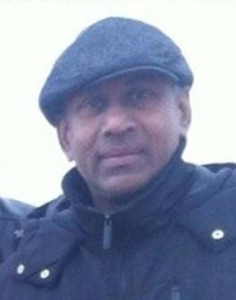 The 57-year-old has not been seen since Friday 10 April and his family and friends are becoming increasingly worried about him.

Christopher, who is originally from Hackney in London but now lives in the Bristol Estate in Brighton, is suffering from dementia and may be confused about where he is and where he is trying to go.

He is black, 5ft 6in and of medium build. His hair is greying and he often wears a black and grey flat cap. He was clean shaven when he was last seen but may have grey stubble now.

Christopher was reported missing by his family on Sunday. He may be wearing a black hooded jacket, a blue Ralph Lauren jumper, black combat trousers and a charcoal canvas deck shoes, and carrying a black and grey Nike rucksack.

PC Charlotte Morriss said: “It has now been several days since Christopher was last seen so we are becoming extremely concerned for his welfare.

“We need to speak to anyone who may have seen him or could have any idea where he is.”