Wanted Brighton man caught after crashing into taxi during chase

A wanted man was arrested after crashing into a taxi during a police chase through Brighton.

Jacques Challoner Venneck, 24, of no fixed address, was spotted behind the wheel of a burgundy Audi A6 car being driven in Bristol Gardens, Kemp Town, on Saturday night (25 April).

Police signalled for the car to stop and followed it when it didn’t. 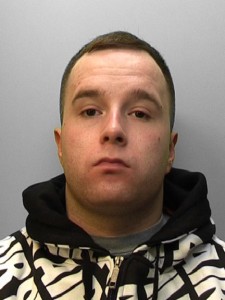 “At the junction with Lewes Road the Audi was in collision with a red Kia taxi. The taxi driver and his passengers suffered minor injuries.”

Venneck, who was wanted for recall to prison, was arrested at the scene.

Sussex Police said: “Vanneck breached his licensing conditions last month. He had been sentenced to three years imprisonment in April 2013 for robbery and burglary.

“Vanneck has now been charged with dangerous driving, failing to stop for police and driving document offences. He has been remanded in custody.”