Missing teenager may be in Brighton

People in Brighton are being asked to look out for a missing teenager who hasn’t been seen for five days. 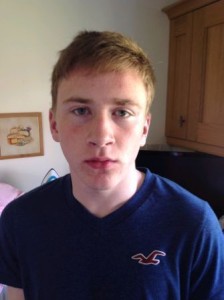 Police are concerned for the welfare of Dominic Abnett who has gone missing from his home in Seaford.

The 17-year-old was last seen at 11am on Friday (24 April), Sussex Police said. He is known to frequent the Brighton area.

The youngster was described as white, 5ft 8in tall, slim and with straight ginger hair and blue eyes. It was not known what clothing he was wearing.

Sergeant Lynda Lynch said: “Although Dominic has gone missing before, we are concerned for his welfare.

“If anyone sees Dominic or knows where he is, please contact police.”

Anyone who sees the teenager or who knows his whereabouts is asked to phone Sussex Police on 101 or email 101@sussex.pnn.police.uk.