A hunt for a ginger burglar was sparked when a man popped out and returned home 20 minutes later to find a man in his kitchen. 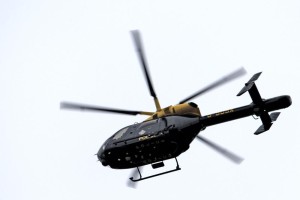 The police helicopter was enlisted in pursuit of the burglar after he left the flat in Wilbury Crescent with a small amount of cash.

The thief broke into the flat while the man who lives there left between 6.20pm and 6.40pm on Friday night (8 May).

Detective sergeant Katherine Witt said: “The suspect is described as white, 5ft 9in with floppy ginger hair. Anyone with information is asked to contact police on 1366 of 8/5.”