Concern is growing for a teenage boy who went missing a week ago.

Sussex Police said: “Police are concerned for the welfare of Hove teenager Joe French who went missing a week ago. 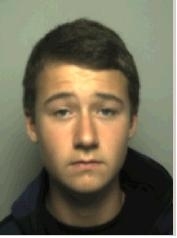 “Joe is described as white, 5ft 2in, of medium build, with short light brown hair and a fair complexion. He was wearing a black puffa jacket, dark blue jeans and black trainers.”

PC Mike Harvey said: “We are concerned for the welfare of Joe due to his age. He has friends in Brighton and Hove, Worthing and Chichester so may be in any of these locations.”

Anyone who has seen Joe or has knowledge of his whereabouts is asked to phone Sussex Police on 101 or email 101@sussex.pnn.police.uk.