Police want to speak to this man about the rape of a vulnerable woman in Revenge nightclub earlier this year. 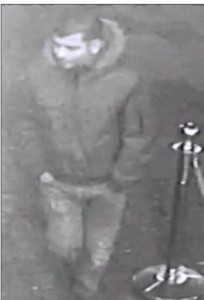 The image was released yesterday by Brighton detectives investing the attack, which took place on 6 January.

The victim, a 23-year-old woman from Hove, was on a night out with friends when she met a man in the gay nightclub in Old Steine.

The man led the woman to a darker and more secluded area of the nightclub before he forced himself on her.

The rape happened on 6 January but the victim only reported the attack two weeks later.

Officers have spent the months since the attack tracking down people who were in Revenge on the night or working in the area.

They have now recovered CCTV footage of a man (pictured) they would like to speak to about the rape.

Detective Constable Vicky Lofts said: “Although it has been several months since the victim was raped, we are no less determined to identify and arrest the man responsible.

“We need to speak to the man in the CCTV as he could have important information about what happened.

“We would also still like to speak to anyone who was in Revenge on 6 January who we have not yet spoken to and who saw something happen inside Revenge that they did not think was appropriate.

“If you know who he is or where he is, please contact us.”

Anyone with information should email 101@sussex.pnn.police.uk quoting serial 1122 of 16/01, call 101 or contact the independent charity Crimestoppers anonymously on 0800 555111.