Police are appealing for witnesses to an assault on a 35-year-old man in Church Street, Brighton, which left him with serious facial injuries. 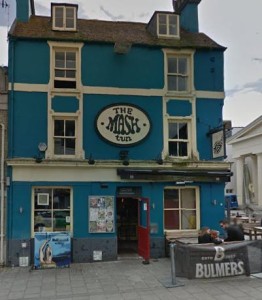 He was attacked by two men outside the Mash Tun bar sometime after 11pm on Saturday, 9 May.

The victim, from Crowborough, was punched repeatedly and suffered injuries to his jaw, temple and eye socket which have since required reconstructive surgery.

It was due to this that the victim felt unable to come forward until some time after the incident occurred.

Both assailants are described as white men in their early 20s. One was 6ft2in, of slim to medium build, with brown hair and a round face. He was wearing a brown/beige puffa jacket, jeans and trainers.

The second was 6in, of slim build and with brown hair and a slightly longer face.

Anyone who saw what happened or who has other information is asked to email 101@sussex.pnn.police.uk or phone 101 quoting serial 424 of 29/5.