Police in Brighton are searching for two teenagers who are believed to have gone missing together. 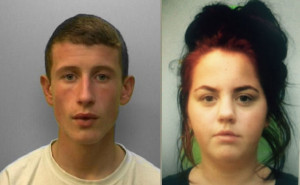 13-year old Riley Gunn has been missing from her family home since early on Tuesday morning (2 June). She was last seen at her home in Monument View, Brighton, on Monday evening (1 June) but disappeared at some point during the night.

Riley is described as white, 5ft 2in, of medium build, with long red curly hair, brown eyes and a tanned complexion.

She is believed to be with 15-year old Jack Lineham-Pulling, who was last seen at the address where he has been living in Brighton late on Monday evening.

Jack is described as white, 4ft 8in, stocky, with short mousy hair and blue eyes. He was believed to be wearing a dark puffa jacket, jeans and trainers.

Sergeant Lindsy Evans said; “While we currently believe they have both left of their own accord, and there is currently no evidence that they have come to any harm, we are becoming increasingly concerned because of their age and consequent vulnerability.

“It is believed that they may be in the company of other young people of similar age in or around the city.