A former Brighton and Hove City Council planning officer faces has been spared a prison sentence after faking her qualifications and pretending to be a barrister.

Monika Juneja, 36, was given a 14-month prison sentence suspended for two years at the Central Criminal Court, better known as the Old Bailey, in London.

Judge Gerald Gordon also ordered her to do 200 hours of community service.

He told Juneja that she had lived a lie because she wanted the status, the standing in the community and the prospect of advancement. 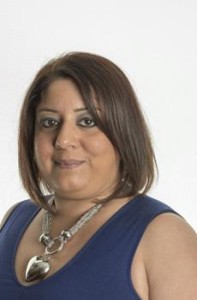 In May she admitted three counts of forgery, one count of obtaining a pecuniary advantage by deception and one of pretending to be a barrister.

She denied three counts of fraud. Judge Gordon ordered the fraud charges to lie on file.

Her deception dates back to 2000 and continued until her arrest in May last year.

Kate Wilkinson, prosecuting, said that Juneja had lied repeatedly about her degree from Greenwich University and the outcome of her studies at the BPP law school.

She graduated with a third class degree in sociology but forged a letter from the university saying that she had a 2:1.

After leaving Brighton and Hove she worked as a barrister in Buckingham and a lawyer for the London Borough of Enfield.

But she wouldn’t have got any of the jobs had the truth been known – and she had benefited from a higher earning potential, the court was told. 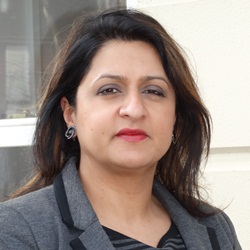 She was caught out by residents who investigated her after she put forward unpopular housing proposals for the green belt in the draft local plan.

Howard Godfrey, defending, said that Juneja was a woman of good character who had been the victim of a witch hunt.

He said that she had behaved improperly and committed criminal offences but had provided years of public service.

The chief crown prosecutor for CPS South East Jaswant Narwal said: “This deception is one that dates back over 14 years and during that time Monika Juneja never let her academic failings get in the way of what she wanted to achieve.

“She claimed to be a barrister over many years despite never having actually qualified or being entitled to call herself a barrister in any context.

“After she first failed to achieve the qualifications she needed to attend law school in London, she forged a letter claiming to be from the University of Greenwich, saying she had achieved the required results.

“Monika Juneja then failed to pass her Bar exams but continued her deception by forging another letter from the law school she had attended, stating she had passed.

“These falsified qualifications were used repeatedly on CVs and applications, meaning Monika Juneja was able to gain a variety of jobs, all of which were more highly paid than they otherwise would have been, because of the inaccurate information she gave her potential employers.

“She continued the deception when she stood as a councillor in the May 2011 local elections, referring to herself as a barrister.

“Constituents complained that she had misrepresented herself, which led to the official investigation and, in the face of overwhelming evidence from the prosecution, she finally admitted her deception.”

Do you recognise men suspected of £1,500 cashmere theft?