Missing girl believed to be in Brighton and Hove

UPDATE: Lacey Easen has been found safe and well.

A teenage girl who went missing on Saturday (5 September) is believed to be in Brighton and Hove. 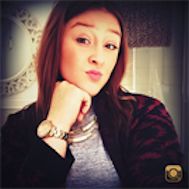 Sussex Police issued an appeal to the public to help trace her this afternoon (Tuesday 8 September).

The force said: “Police are concerned for the welfare of 16-year-old Lacey Easen, who has been missing from her home address in Worthing since Saturday (5 September).

“Lacey is described as white, 5ft 3in and of thin build. She has long brown straight hair and was last seen wearing white jeans, a red cardigan, a beige coat with fur lined hood, and white trainers. She is believed to be in the Brighton area.”

Anyone who has seen Lacey, or who knows where she may be, is asked to phone Sussex Police on 101 or email 101@sussex.pnn.police.uk.