1 Albion defender Gaetan Bong explained that the difference between playing for the Seagulls at the top of the Championship and for Wigan when they were at the bottom is how the players approach the game mentally.

He added that the Albion must continue to play how they like to play and without fear in order to maintain top spot. 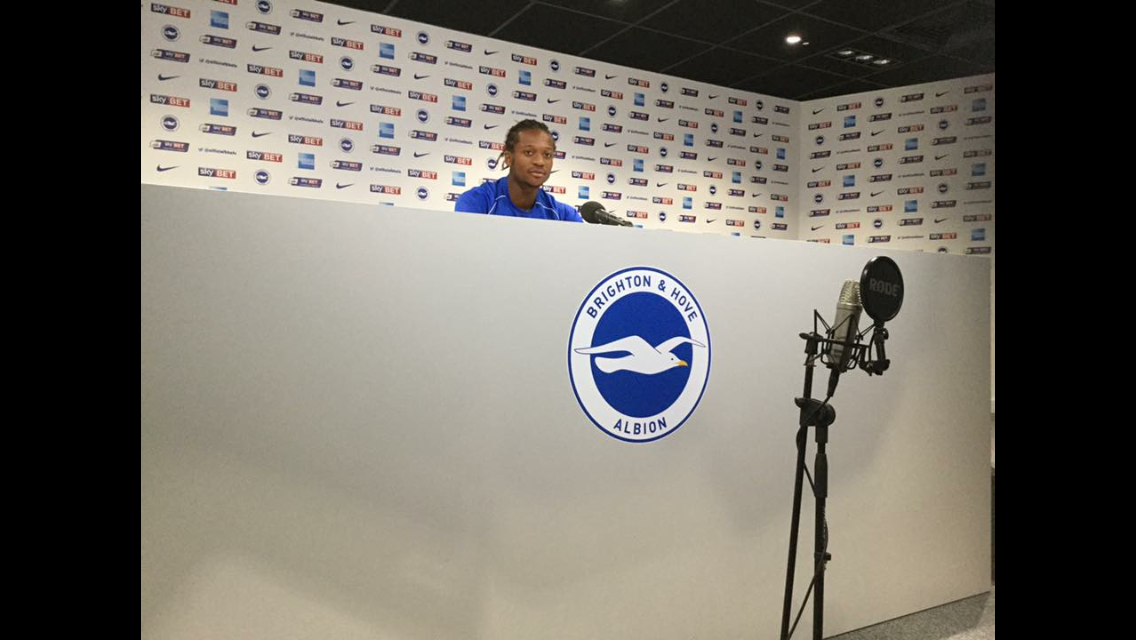 2) Bong told us his priority was the Albion and he was focused on his team rather than thinking about adding to his 12 international caps for Cameroon.

3) Bong told Brighton and Hove News that he enjoys the camaraderie and sense of togetherness he has developed with his team-mates – since joining the Seagulls.

4) Albion boss Chris Hughton said he wasn’t surprised that Saturday’s opponents Hull City had managed to keep hold of players like Curtis Davies and Tom Huddlestone. After their relegation from the Premier League.

He said that they had a good structure and manager and suggested that they will see this season as a great opportunity to bounce straight back with a promotion.

5) The Seagulls boss reflected how impressed and proud he was by the way the club and the community had come together,in the aftermath of the Shoreham airshow disaster. And he hoped the Albion could put in a performance against Hull that the victims, especially Matt Grimstone and Jacob Schilt would be proud of.