The Waste House in Brighton has been shortlisted for the Royal Institute of British Architects’ Stephen Lawrence Prize.

The Waste House, a Brighton University project, is described as Europe’s first permanent building made almost entirely from rubbish.

The Stephen Lawrence Prize, funded by the Marco Goldschmied Foundation, was set up in memory of the teenager who was on his way to becoming an architect when he was murdered in 1993. 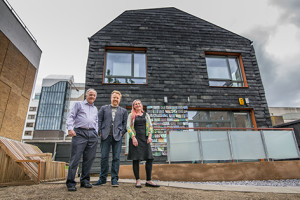 The award judges said of the project: “The Brighton Waste House has sufficient scientific integrity to be taken seriously by the construction industry and just enough political clout to influence recycling policy.

“It is clear this interesting project will continue to question important issues of recycling that affect everyone.”

The Stephen Lawrence Prize, which rewards the best examples of projects that have a construction budget of less than £1 million, is intended to encourage fresh talent working with smaller budgets.

The Waste House  opened last year in the grounds of the university’s campus in Grand Parade, Brighton.

It was, the university said, “a collaborative project constructed by over 365 design and construction students using nearly 90 per cent of material that otherwise would have been thrown away”.

Design students from the university, as well as construction students from City College Brighton and Hove, were joined by apprentices from contractor Mears to construct this unique thought-provoking and influential project. 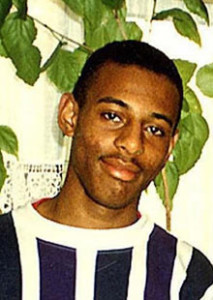 The Waste House architect Duncan Baker-Brown, a senior lecturer at the university, said: “The shortlisting for such a prestigious national award alone is a tremendous accolade and one that recognises the hard work and dedication that has gone into the project by a great many volunteers, staff, students, partners and supporters.

“It highlights how low-carbon homes can be built in a cost-effective way using waste, including surplus material from building sites – the construction industry discards 20 per cent of everything it uses, the equivalent of scrapping one in five houses built.

“The building which houses the university’s MA in sustainable design, is a ‘live’ research project in itself and welcomes community groups.”

Duncan Baker-Brown said the building literally locks in waste rather having it burnt, buried into landfill sites or dumped in the ocean.

He said: “The house has attracted huge interest nationally and globally and I am sure lessons learned from the project can be adopted by the construction industry to reduce waste, cut carbon emissions and to help combat global warming.

“Reusing waste saves money for big business as well as small – and it relieves pressure on our planet.

“There really is no such thing as waste or surplus material – it is just stuff in the wrong place – and reusing it saves the environment by reducing the need to mine so much raw material in the first place.”

The winner of the Stephen Lawrence award will be announced on Thursday 15 October at RIBA’s London headquarters.

The Architects’ Journal described the Waste House as: “More than a space to live, work and play in, the house is a collective of experiments in which students learn by application how reused materials can be used in construction.

“Some of the experiments are extraordinary – from toothbrushes used as insulation to old carpet tiles used as rainscreen cladding.”