Can you help solve riddle of mystery Woodingdean intruder?

Police have today released an image of a woman they believe is a mystery intruder at as house in Woodingdean. 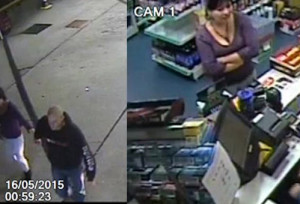 At about 1am on Saturday 16 May this year a woman entered the house in Falmer Road, Woodingdean, through an unlocked back door and walked into the kitchen where she was seen and challenged by one of the owners, a woman.

The intruder gave no reason for a her presence and had to be pushed out of the house by the occupier with assistance from her husband.

Nothing was stolen and nobody was hurt.

The intruder is described as white, in her early thirties, about 5ft 2in, slim, with dyed black hair and wearing mauve jeans and a black top.

As she left the house a man was seen outside, who left with her. He is also described as white, in his late thirties, about 5ft 6in, with short mousy hair.

Detective Constable Paul Candy said; “Whilst this is still something of a mystery incident, we clearly think it most likely that the motive was theft.