Albion won their fourth home match on the spin as they overcame Rotherham United to go five points clear at the summit of the football league.

The Seagulls tried to emulate the fast start they had against Hull. 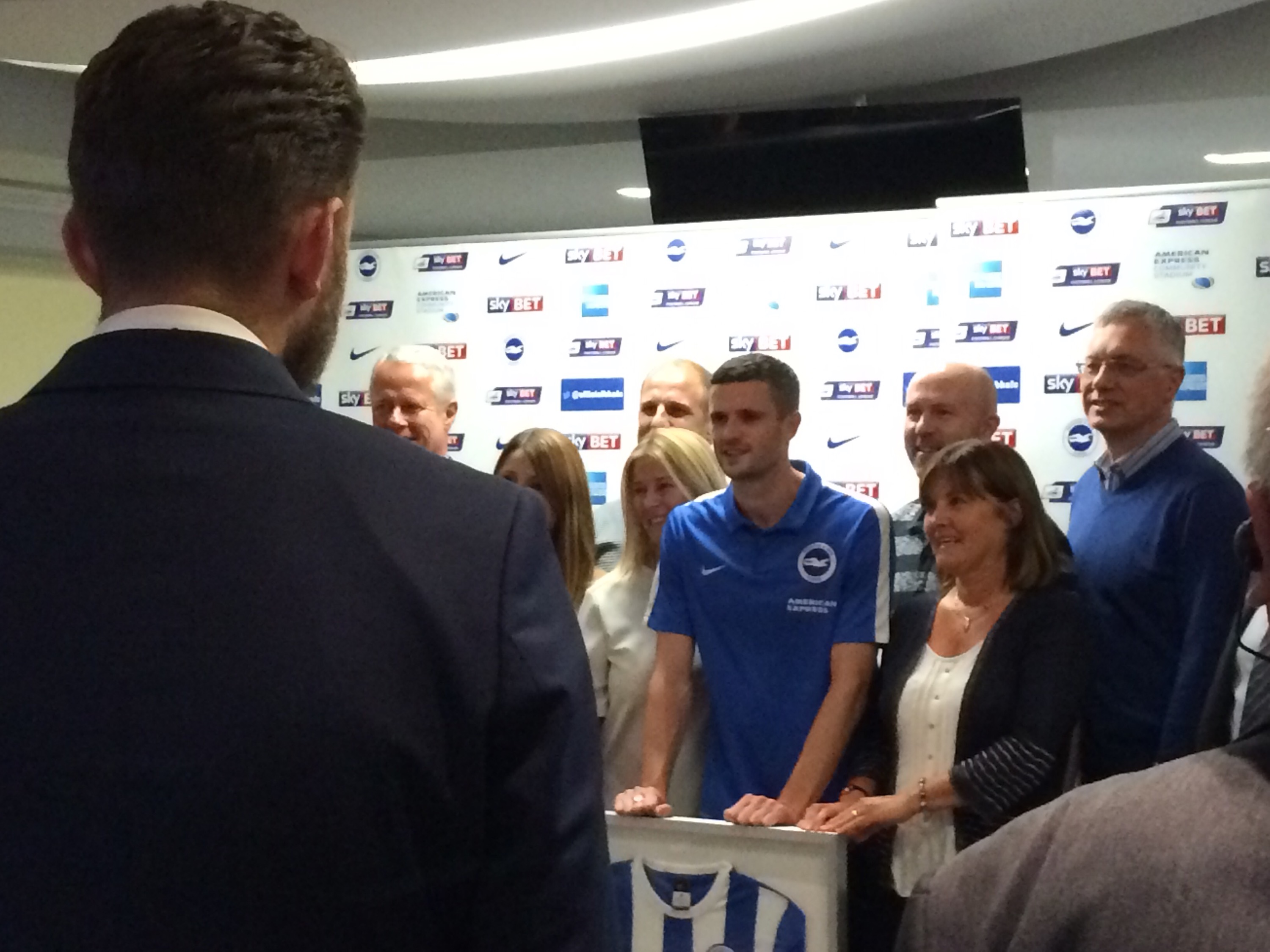 Beram Kayal went close with a header early on from a Dale Stephens corner. Kayal was totally unmarked but headed into the ground and wide.

But it was Jamie Murphy on his full league debut for Albion who was instrumental in most Albion attacks.

Linking up well with Stephens, Murphy went close as he dragged a shot past Lee Camp’s far post.

Albion had their tails up and Kayal and Sam Baldock combined to set up Murphy from a more central position but again the young Scot was just off target.

Albion weren’t having it all their own way as Rotherham were finding some decent possession. However, their most notable move of the half saw Matt Derbyshire head Vadis Odjidja-Ofoe’s centre wide.

Baldock appeared to be chopped down by Collins when clean through but the referee was unmoved.

Soon after this Gaetan Bong and Stephens combined to send Murphy scampering down the touchline. His cross was swept home via the cross-bar by Hemed just before the half hour mark.

Albion had a few chances and claims to extend their lead.

Murphy had a good shout for a penalty after appearing to be tugged back by Danny Collins and Solly March finding space saw his shot well fielded by Camp.

Before half time two incidents showed how Albion are high on confidence. First, Stephens’s played a sublime pass with the outside of his boot to Hemed who headed tamely headed at Camp.

Then it was Hemed’s turn, with an audacious flick of his heel towards goal. But that was also easily collected by Camp.

The Millers’ best chance of the match came early in the second half. Chris Maguire found himself in space and time but ballooned the ball over David Stockdale’s crossbar.

It was Albion who got the decisive second goal. Murphy again, Kayal, Baldock and Bong all involved as Stephens rifled a fizzing low shot past Camp.

Murphy was having a teriffic match and at one point beat five or six Rotherham defenders as he manoeuvred sideways across the pitch. However, March shot tamely at Camp from the resulting pass.

Albion brought on Bobby Zamora for Baldock as Hughton looked for ways to nullify a still lively Rotherham.

But it was Millers’ substitute Jonson Clarke-Harris who halved the deficit with 20 minutes to play, rising well to place a firm header past Stockdale who conceded his first Amex goal of the season.

The partnership of Uwe Hünemeier and Gordon Greer looked solid with the German making some well-timed tackles.

As Albion held on Bobby Zamora had his first shot in anger of his third period with the club but this was well held by Camp.

The Seagulls continued to press Rotherham and looked for the third goal, Solly March with a couple of tame shots again well held by Camp.

Referee James Linington somehow found six minutes of stoppage time and, despite Steve Evans’s animations on the touchline, the Seagulls held on well.

Albion next take on Wolves at Molineux this Saturday (19 September).