Did you see Brighton assault suspect?

Police are trying to trace a man who knocked another man out cold in an attack in the street in Brighton.

Sussex Police said: “A CCTV image of a man suspected in attacking a man in Brighton has been released to try to trace him. 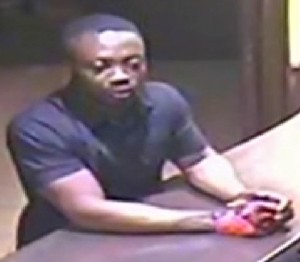 “This is the man police want to speak to about the assault on West Street at around 6.15am on Sunday 23 August.

“Two men from the Croydon area had been out for the night in Brighton. They spoke briefly to another group of men and the victim, a 22-year-old, was punched in the face twice.”

Lisa Baker, who is investigating the attack, said: “This was an unprovoked attack and the victim was knocked out and suffered a cut lip and cuts to the back of his head.”

Anyone who recognises this man or has any information is asked to phone Sussex Police on 101 or email 101@sussex.pnn.police.uk.