Have you seen missing teenage girl in Brighton?

UPDATE: Jade Davis has been found safe and well.

The public is being asked to look out for a missing teenage girl who is believed to be in Brighton.

Sussex Police said that concern was growing concerned for the girl and issued a public appeal for help in tracing her. 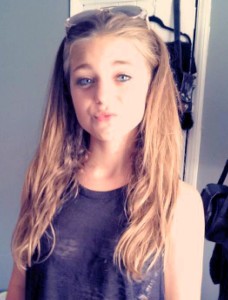 The force said: “Jade Davis, 14, has gone missing from her home in Horley where she was last seen at around 4.15pm on Wednesday 16 September.

“She is believed to have left and caught the train to Gatwick and then possibly travelled by train to Brighton.”

Detective Constable Graham Milner said: “Jade is only 14 and we are concerned she has not returned home.

“She is described as white, 4ft 11in with long curly blonde hair and was last seen wearing a grey Adidas tracksuit and white trainers.

“We believe she could be in the Moulsecoomb area of Brighton.”