A Hove man who has already received a prison sentence has now been ordered by a court to repay more than £47,000 in drugs profits. 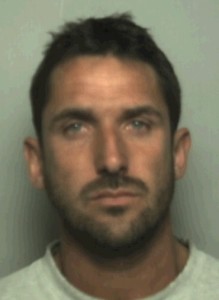 Charlie Hickey, 30, of Poplar Avenue, Hove, had been stopped by police in Brighton in August 2013, whilst driving his Audi A3.

A search of him and his car found a cigarette box containing 10 wraps of white powder between the centre console and passenger seat, and his own iphone, and 3 cheap mobile phones were in his possession.

A search of his home address recovered a further quantity of drugs and several mobile phones. A cash box was recovered, the key to which was in his possession. The box contained £8,500 cash.

Hickey was sentenced at Hove Crown Court in July 2014 to two years imprisonment after admitting five counts of possession drugs with intent to supply.

Following enquiries by an expert police financial investigator, Hickey appeared at Hove Crown Court on 28 August this year and was ordered to repay £47,260 profits under the Proceeds of Crime Act (POCA).

He was given three months to pay and if he fails to do so is liable to an extra 18 months sentence and will still have to pay.

Detective Inspector Mick Richards of the Sussex Police Economic Crime Unit said; “We found that Hickey, who described himself as a self-employed carpenter, had six bank or savings accounts, through some of which large amounts of cash had moved in the previous two years, and for which no legitimate source could be traced.

“The court found that the amount confiscated was a result of his admitted criminal activity over a substantial period.”

Funds seized by the courts through POCA confiscation or cash forfeiture orders go to the central Government exchequer. However a proportion of this is returned to law enforcement. 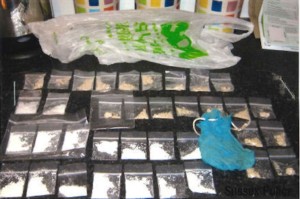 OCA-derived funding is distributed equally between the Police and Crime Commissioner and the Chief Constable. Sussex Police receive 50% cash back from cash forfeitures and 18.75% cash back from confiscation orders such as this.

The force currently employs an extra six Financial Investigators and two Financial Intelligence Officers from part of these funds to help continue work in seizing criminal assets, with the remainder being used to support crime reduction and diversion projects.