An investigation has been launched into two separate rapes this month in which women woke up distressed and confused in a flat close to Brighton Station. 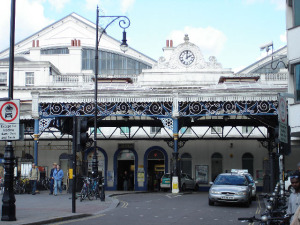 Police say there are clear similarities between the two cases, but they are keeping an open mind as to whether they are linked.

And they are appealing for two couples who helped the women to come forward as they may have valuable information which could help track down the rapists.

The first attack happened on Sunday 13 September. In the early hours, an 18-year old woman from Horsham woke up in a disorientated state, in an unknown flat close to Brighton railway station.

She had been out in Brighton celebrating a friend’s birthday the night before. She was extremely distressed, left the flat and stopped a man and a woman at about 5.30am to ask for directions to the station.

She had last been seen in Coalition Club on the Lower Esplanade shortly after midnight in the company of a man described as black, in his twenties, approximately 6ft, and of muscular build with very short hair.

Then four days later, shortly after 6am on Thursday, 17 September police were called to Brighton railway station to a report of a distressed 29-year-old woman who had been visiting the city from Northern Ireland and had been out with family the night before.

However they had become separated during the evening and she woke up in a distressed and disorientated state in an unknown flat a short distance from the railway station.

She approached a man and a woman in Guildford Street who walked with her to the railway station nearby where she was helped by staff who called the police.

She had last been seen in Kings Road, Brighton, at about 4am in the company of a man described as black, in his twenties, of skinny build, about 5ft 8in with short facial hair and braided hair tied back in a pony tail.

Detective Sergeant Cheryl Lewendon said; “We are eager to identify those two couples who stopped and helped the two women.

“There are clear similarities between the two incidents, but there are also differences. Whilst we are keeping an open mind as the investigations continue, we are not connecting the two at this stage.”