A man fled a cinema after a group of teenage girls were about to report him for behaving indecently in a Brighton cinema.

Sussex Police said: “Police in Brighton are searching for a man suspected of acting indecently in front of teenage girls in a Brighton cinema. 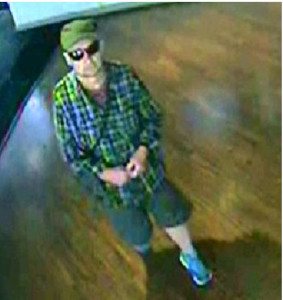 “At about 7.30pm on Sunday 13 September the man was sitting in a row of seats in front of several 15-year-old girls watching Maze Runner, The Scorch Marks in Screen 6 at the Odeon in West Street, Brighton, when they saw he was carrying out an indecent act.

“When he realised that they were about to report him, he ran out of the fire exit.

“He is described as white, in his forties, about 5ft 5in, wearing a grey or blue jacket or raincoat, a baseball cap, dark knee length shorts and bright turquoise trainers. He carried a dark sports bag.”

PC Victoria McDonald said: “This was most offensive and unpleasant behaviour in public and caused great upset to the girls.

“We hope that he will be identified from the photo we are releasing.”

Anyone who knows who the man’s identity is asked to phone Sussex Police on 101 or email 101@sussex.pnn.police.uk.