Fire breaks out in Hollingdean home

An accidental fire which broke out on Saturday evening at a home in Merevale, Brighton, left one person suffering from smoke inhalation. 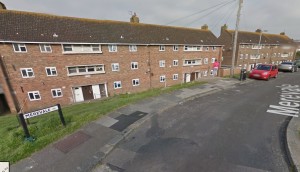 Three appliances from Preston Circus and Hove attended the incident In Hollingdean after being called at 9.21pm.

Crews used breathing apparatus and two hose reel jets to extinguish the fire, which has since been confirmed as accidental.

One resident was treated for smoke inhalation and left in the care of paramedics.