A Brighton man who was sexually abused as a boy has urged the government to close a legal loophole which he said allowed some paedophiles to evade justice.

Mr French, who was born in Glasgow but raised – and abused – in Brighton, said that the Jehovah’s Witnesses operated a “two witnesses” rule.

As a result they would report someone only if an allegation was corroborated by a second person.

But because many perpetrators abuse their victims alone and in private, this had given rise to concerns about the number of hidden child sex abuse cases, he said. 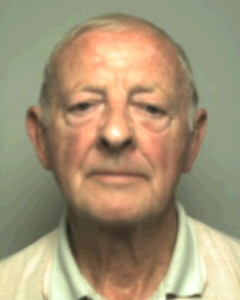 Mr French, now a salesman, was reported to have said: “When there are institutions that have rules that protect paedophiles, then something really needs to be done about that.

“When it’s one word against another, they can get away with it. Certainly in my case, it just allowed him (my abuser) to become worse and worse in his criminal activities.

“What a faith group like the Jehovah’s Witnesses would say about child abuse is they still view it as a sin rather than a crime.

“In this day and age, as soon as a crime is reported it needs to go to the people who are qualified to deal with such a crime. It shouldn’t be kept within the confines of society.

“What we want to do is highlight this and really petition government to make sure that faith groups – when they’re aware of cases such as child abuse – contact authorities such as social services.”

Mr French was abused by his step-father Gary Moscrop for five years, starting when he was seven years old.

Moscrop, 76, retired, of Hendon Street, Brighton, was jailed for 10 years at Hove Crown Court in January after being convicted by a jury of 10 offences from 1979 to 1985.

Mr French waived his anonymity to help other victims of abuse to come forward.

“He started abusing me right from the outset. I was only seven years of age and he continued for five years.

“Then one Thursday night whilst the rest of my family were attending a Witness meeting I was subjected to an episode of abuse that horrified and disturbed me and still does to this day.

“He was eventually convicted of buggery for what had happened that night.

“The next morning, at the age of 13, I managed to find the words to say I had been sexually abused.

“He was disfellowshipped on his confession. Up till then I had spoken on a number of occasions of the physical beatings.

“However, as it was my word against his, he was believed. I could not form the words to tell of the sexual abuse I was enduring.

“For reasons unknown to me it would be another two years before the police were called and I was only able to tell of the last time I was abused though not the extent as I was ashamed and embarrassed.

“Sadly my mum did not want to press charges and so all he got was a caution. That was in 1987.

“Gary Moscrop was reinstated as a Jehovah’s Witness at around the year 2000.

“I was not informed of this, nor had any apology from him so am unsure how he was able to demonstrate his repentance.

“At the next assembly, he stalked my family and one of them called me in a distressed state, telling me that the elder, who knew the case, had said, ‘You need to move on. Everybody else has.’

“At around 2002 I found out he had married a young Filipino girl who was studying with the witnesses and she was pregnant.

“Immediately I contacted the police and gave them copies of the statements that were taken in 1987.

“They were very good and went to his house and informed him that they were classing him as a sex offender and he would have limited access to his yet unborn child.

“Thankfully his new wife kicked him out.

“This experience brought back many memories of what I had been through and now, with children of my own, I could not comprehend how anyone could hurt or abuse children in such a way.

“I went into a deep depression and became suicidal. I went to my GP, who referred me to a psychologist, and for six months, I went through a course of CBT (cognitive behavioural therapy).

“The CBT helped a great deal. However, I was plagued with flashbacks on a daily basis. I had never spoken to anyone, even my therapists about the abuse I suffered.

“Eventually, I could no longer cope and suffered a nervous breakdown. I stopped being a Jehovah’s Witness overnight, resigning as an elder and never going back to any meetings.

“I wrote a journal of what was going on in my head in order to try and make sense of what had happened to me. I then spoke to a close friend about what I had survived.

“All this was in 2011. For the first time in my life I was able to confront my demons and went back to the police and told them about events nobody had heard about before.

“A case was put together and sent to the Crown Prosecution Service, who said we had a strong case for the High Court.

“On (Thursday) 8 January Gary Moscrop was jailed for ten years for the offences against me and I am very happy to see some justice.”

Mr French is now hoping that a change to the law could give extra protection to a new generation of vulnerable youngsters .