Campaigners who want to run the Rose Hill Tavern as a community pub are just £45,000 short of their £365,000 target now the deadline for raising the money has passed. 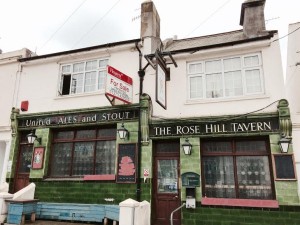 The Rose Hill Tavern Action Group were the first group to successfully get a Brighton pub listed as an asset of community value, which gives venues some protection against development.

It formed after the neighbourhood pub was sold to Evenden Estates by Enterprise Inns, one of a clutch of community boozers the pub company has offloaded in recent years.

A subsequent planning application to turn it into flats was turned down in April and Evenden Estates then put it on the market, triggering a six month period for the group to raise money to buy it.

With the deadline now up, a combination of community pledges, loans, donations, and proceeds from a special beer brewed by Franklins and on sale at the Bugle has managed to raise £320,000 – but this is not quite enough.

Richard James said: “Many people were interested, but most wanted to use it as a non-bar venue.

“The group has made an offer of £320,000, but the owner wants the full amount and will most likely not work with the community now the ACV period has expired.”

However, there is still a chance the action group could buy the pub – but only if it manages to make up the shortfall before someone else buys it. 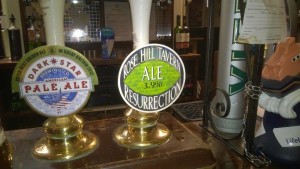 The Resurrection Ale, brewed by Franklins, which helped raise some of the £320,000 the action group was able to put together

Joanne Harris, a director of Evenden Estates, said: “The property has been marketed for the last six months and we are currently considering offers from other interested parties.

“If the action group are able to submit an offer, then it will be considered along with the other offers.  If a sale of the premises falls through then we have the option of re-submitting a planning application or submitting an appeal against the planning refusal.”

The Rose Hill Tavern’s ACV helped inspire a clutch of other groups to successfully get their neighbourhood pubs listed after they were also sold for development.

The Horse and Groom in Islingword Road, the Cuthbert in Freshfield Road and the Downsman in Hangleton are all now ACVs, with an appeal against the first being listed dismissed and appeals against the other two listings pending.