Five homes to be built on site of Hove YMCA

Five family homes are to be built on the site of the Marmion Road YMCA in Hove.

Planning permission has been given by Brighton and Hove City Council for the three and four-bedroom properties to go up next to the Drill Hall.

They will replace the current two-storey community centre which is owned and run by the YMCA Downslink Group.

Chief executive Chas Walker told the council’s Planning Committee which met at Portslade Town Hall on Wednesday (28 October): “We’re not a rich charity and do not have large cash reserves.”

Mr Walker said that the charity had to use its building assets well and that the centre in Marmion Road had a “low impact in our target group”.

He said that the decision to sell had been driven partly by looming liabilities to maintain and repair the building, estimated at about £80,000.

And he added: “We have lost over 20 per cent of our funding over the past few years.” 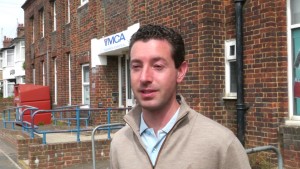 Councillor Robert Nemeth said: “If this scheme goes through these will be a considerable loss of facilities.”

He said that Westows, the play space round the corner in School Road, “would be going at some point”.

But he was glad that the YMCA had held a public meeting to explain its position to neighbours.

More than 120 people wrote to the council to object to the YMCA’s planning application, including Councillor Nemeth’s Conservative colleague in Wish ward, Councillor Garry Peltzer Dunn.

After permission was granted Mr Walker said that he was delighted that the YMCA would be able to spend the proceeds on its core mission.

He said that the YMCA Downslink Group currently provided beds for about a hundred young men – aged 16 to 25 years old – in Brighton and Hove.

Funding cuts meant that it was important to use the charity’s assets well to ensure that it stayed true to its mission.

And he added that the charity hoped to work with local churches to try to ensure that community groups were not left without somewhere to meet.