A teenage delivery driver was robbed and forced to hand over the keys to his car in Auckland Drive, Bevendean, Brighton on Friday. 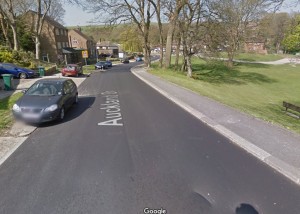 The victim, 18, was walking back to his car, having made a take-away delivery when he was approached by the offender at around 10.15pm.

He was threatened with violence and forced to hand over the keys to his blue Fiat Punto car, which the offender then drove off in, heading along Auckland Drive towards Heath Hill Avenue.

The victim was not physically hurt but was left in shock by the incident.

The thief is described as a white man, mid-20s, 5ft 9in, with slight stubble and short dark hair. He was wearing a dark coloured jumper with dark skinny jeans.

Anyone who saw what happened or who has other information is asked to email 101@sussex.pnn.police.uk or phone 101, quoting serial 1642 of 06/11.