Difficulties in drilling drainage under the A27 for the new Horsdean traveller site could push up the final costs even further. 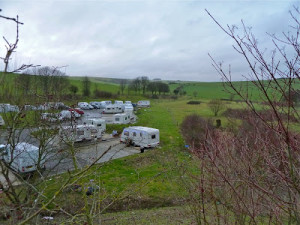 The estimated cost of extending the existing transit site to build 12 new permanent pitches had risen to £2.4m in July – up from the original budget of £1.7m which was covered by a Government grant.

Drainage concerns on the sensitive site, which environmental campaigners believe is directly above a man-made adit – or tunnel – that collects water drawn by the Patcham pumping station, meant both the permanent and temporary sites are being connected to the main sewer.

The cheapest way of doing this is directional drilling under the A27 to join with the main sewer in Vale Avenue – but it is problems with this which is now causing problems.

A council spokesperson said: “Work on the new permanent traveller site at Horsdean was hampered recently after construction workers laying a new drain encountered an obstruction under the A27.

“This has meant our contractors are hiring specialist heavy duty equipment to drill through the obstruction. It is not unusual for such problems to emerge during this sort of construction process, but it is impossible to know precisely what problems, if any, will be encountered prior to the actual work being undertaken.

“The cost implications are not yet known, but we will be seeking as far as possible to minimise any impact on the overall project budget.

“All other work is on schedule and going according to plan.”

The new site is hoped to help reduce unauthorised encampments both by providing space for those who wish to use official sites, but also because police can only use Section 62a of the Criminal Justice and Public Order Act to move on travellers if there are official transit pitches available in the city for more than three months.

It’s hoped by freeing up more transit pitches by providing permanent pitches, the police will be able to use this power more often.

Since the temporary site closed in the summer for the redevelopment, there has been an almost constant merry-go-round of unauthorised camps in city’s public spaces.

However, if an unauthorised camp is at a sensitive site, or there is antisocial behaviour, police are able to move it on quickly without other pitches being free.