A woman had her phone snatched from her by a man who asked for directions in Brighton in the early hours of Wednesday morning (November 11). 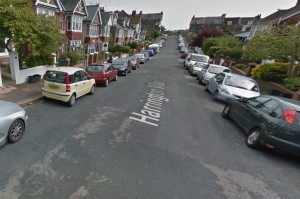 The 20-year-old, a visiting foreign student, was approached by a man soon after she got off a bus at St Mary’s Church in Surrenden Road around 3am. When she was walking in Harrington Villas he spoke to her and then grabbed the gold-coloured iPhone 5S.

There was a brief tussle before she let go and he ran off towards Harrington Road. She was not injured, but was very shaken.

He is described as of Arabic appearance, in his late 20s, 6ft, of medium build, with short dark hair and a short beard. He was wearing dark clothing and a beanie hat.