Robinson, 48, will join the England and Wales Cricket Board (ECB) at the end of the year before the side tours South Africa in February. 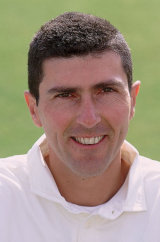 The ECB said that Robinson had previously led the England Lions in Sri Lanka in 2014 and South Africa in 2015 and coached the England Under-19s at the World Cup in 2010.

He will be replaced at Hove by the Sussex second XI coach Mark Davis. The 44-year-old has worked alongside Robinson since 2005 and helped him to oversee the most successful period at the club.

The side won the County Championship for the first time under Robinson’s predecessor Peter Moores in 2003 although this season it was relegated from the top tier.

Robinson said: “I’m incredibly excited about this opportunity. It is obvious to everybody how quickly women’s cricket has grown in recent years – the game is now truly professional in every respect.

“So to have the chance to play a part in the next chapter for the England women’s team is a great honour.

“I’m also really looking forward to the challenge of coaching in an international environment again.

“It does mean I will be leaving Sussex and I would like to thank everyone who I have worked and played alongside at the club, as well as the supporters, for providing me with so many happy memories.”

He added: “To leave a job I enjoy, a club I love and so many people I respect and admire is going to be a wrench.

“There are so many people I need to thank in the next few weeks who have made my time at the club since 1997 a special one.

“The club and the supporters will always have a special place in my heart and I wish the club stability and every success for the future.” 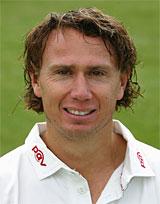 Davis said: “I’m very excited and honoured to be taking over as the new head coach at Sussex and continuing the work that Peter Moores initially began and that Mark Robinson continued so brilliantly.

“I’d like to thank Mark for everything and wish him well for his future role.”

Sussex chief executive Zac Toumazi said that Robinson’s exit was a cause for mixed emotions but that he also looked forward to a new era under South Africa-born Davis.

Toumazi said: “We are sorry to see Mark Robinson leave us as he has been a loyal servant to Sussex Cricket. I am sure he will be a fantastic asset at the ECB.”

Sussex chairman Jim May said: “I would like to pay tribute to Mark for the outstanding contribution he has made to Sussex Cricket.

“As a player he was an invaluable member of the team who laid the foundations for our success in the early 2000s.

“Since his appointment, Robbo has been the most successful coach in Sussex Cricket history, winning the County Championship twice and many one-day competitions including our first T20 trophy.

“Mark leaves with our grateful thanks and best wishes.”