A softening of a big rise in the amount some of the city’s poorest people will have to pay in council tax has been welcomed by anti-austerity campaigners – but they say it still doesn’t go far enough. 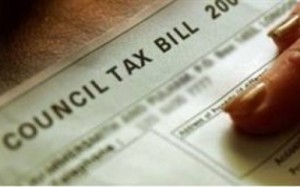 The Labour administration consulted on plans to reduce the amount of council tax reduction people on benefits receive from 85% to 75% of the bill.

After a public outcry, it has found £3million to lessen the reduction to 80% and cap it at £1.65 a week extra – but the anti austerity campaigners the Brighton People’s Assembly say this will still hit some of the worst off people in the city.

Rose Rickford, a member of Brighton People’s Assembly against Austerity, said: “We are pleased to see that the council have listened to our campaign and moved away from their original proposal. But a 33% increase for the poorest households in the city is still unfair, when you consider that people with much more to spare will only be asked to pay an extra 2%.”

And fellow member Dani Ahrens went further and called on the council to refuse to set a budget, saying that if all Labour councils did so, it would be impossible for the Government to go in and make the cuts themselves.

She said: “The People’s Assembly doesn’t support any cuts but there’s absolutely a crisis in local government funding. It’s not sustainable for local authorities to say there’s a crisis so we need to make huge cuts.

“They need to be saying something different, that we can’t maintain a civilised society on this level of funding.

The £3m funding also means a proposed steepening of the taper at which people start to pay full council tax as they earn more has been scrapped, as has the removal of the family premium.

Council Leader Warren Morgan said: “The Government is again cutting nearly two million pounds this year from the support we give to residents on the lowest incomes to help pay their council tax. Despite this, we are proposing to continue to pay 80% of their council tax bills, more than many similar councils do.”

“Despite Government cuts of almost two million pounds to the fund that pays the discount, we will still be paying 80% of the council tax of those on the lowest incomes, and be asking no-one to pay more than £1.65 extra a week. Most will pay less than £1 extra per week. We’d like to do more but this subsidy will cost us £3 million, twice as much as this year, at a time when our budget is being cut severely. We have listened to residents, and we will do all we can to ensure people have access to advice, support and additional funds if they are experiencing hardship.”

The Labour Administration will put forward the subsidy proposal to next month’s Policy and Resources Committee, at a cost next year of £3 million. The cost in the current financial year to the council is £1.5 million. The discount, officially called “Council Tax Reduction”, was handed to local authorities two years ago by the Government, who are reducing funding for it each year. It was formerly known as council tax benefit, and around 16,000 households receive the discount.

Under Government rules, pensioners who qualify receive a 100% discount.