One of the hidden costs of democracy has been highlighted by a freedom of information request which revealed the cost of printing agendas for the last six full council meetings was almost £4,000. 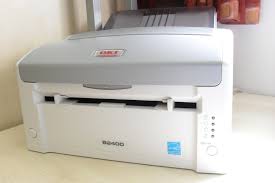 Brighton and Hove City Council says it is looking to move to electronic agendas for councillors and agendas, but in the meantime, council meetings are racking up massive printing bills.

The FOI request was made by resident Jonathan Tilley, who wanted to know how much council meetings cost after the last full council meeting, which ended up an exasperating seven-hour marathon with just a handful of decisions taken.

Mr Tilley said: “The motivation was reading about the seven hour meeting that only made two decisions. What a waste of money.

“The council didn’t release officer costs, but they would have been substantial. Imagine the cost of the CEO, head of law, head of democratic services, head of finance, head of audit, etc for seven hours in an evening.”

The other costs detailed in the response to Mr Tilley’s question, which asked for the total spend for the last four full council meetings, were security at £1,427 and child-care claims at £263.47.

The cost of webcasting could not be broken down per meeting, as the council holds a four-year contract with public-i, and room and travel costs were nil.

A council spokesperson said: “The FOI asked for information in relation to six council meetings – in terms of print costs, the total print run for the six meetings came to 1,901 pages.

“The number of agendas and addendums printed for each meeting varies slightly depending on the actual meeting but for full council the average is 85 sets, that’s for all 54 councillors, lead officers and copies for the press and public.

“The total print run for the six meetings comes in at 2.01p per page.

“We are looking at moving to electronic agendas for councillors and officers, and some councillors are already using their own i-pads to download agendas.”