A Brighton takeaway which was fined £5k for a rat infestation in 2013 has just been given another disastrous hygiene rating and told again to make urgent improvements. 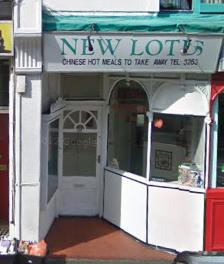 The New Lotus in Dyke Road. Picture from Google Streetview

The New Lotus Chinese takeaway in Dyke Road has been given zero stars after an inspection on October 21 this year. It has been rated bad for food hygiene and safety, poor for structural compliance, and the inspector said she had little confidence in management.

It was also given zero stars after an inspection in August last year. The council said it could not comment on ongoing investigations, but said it would take action where improvement is unable to be made.

The New Lotus website invites diners to “try our Diet Coca-Cola or tom yam vegetarian soup”. It has one and a half stars out of five on the TripAdvisor website, with reviews advising people to “avoid like the plague” and “use another takeaway”.

As well as complaints about the food, which is described as burnt and greasy, reviewers complain about rude staff, late deliveries and variable delivery charges. However, other reviewers say it is the best Chinese takeaway in Brighton.

A council spokeswoman said: “The council continues to pursue a mixture of food hygiene education and enforcement with all the poorly performing businesses to help them improve. Unfortunately the council is unable to give details of ongoing cases.

“The council’s food safety team will step in with businesses that have been scored 0-2 to help bring them up to higher food hygiene standards. We do this in a number of ways, through education and training, formal written warnings, statutory notices, issuing cautions and making return visits.

“Prosecution is a last resort but we will take action where food establishments are unable to improve.”